Champlain College
« Back to Recent News

The chapter announced that Filmmaking and Broadcast Media Production majors in the Division of Communication and Creative Media were selected for the Student Production Awards for Excellence in the categories of Fiction Short Form, Nonfiction Long Form and in Community Service Public Affairs. Several students earned honorable mentions.

This is the second time that the New England chapter has honored Filmmaking students for their work and the first for the Broadcast Media Production students. Students from all four years were represented in this year's award competition.

"This is such an honor for our students," says Film and Broadcast Program Director Dr. Van Dora Williams. "They have worked hard on these projects and it is gratifying to see them honored in this way. I am so proud of them!"

NATAS is a professional service organization dedicated to the advancement of the arts and sciences of television and related media and the promotion of creative leadership for artistic, educational and technical achievements within the television industry. It is best known for the coveted Emmy® Award.

The student work ranged from short stories about anxiety, examining the life of a Mexican immigrant to longer stories showcasing the life of a young man with Down Syndrome who advocates for people with disabilities, to the behind-the-scenes look at the Humane Society of Chittenden County, as well as a narrative film shot in Dublin, Ireland.

The stories are compelling, funny, creative and all provide just a glimpse of the outstanding work the students are creating. Below are the categories and student work that was honored this year.

Winner: "Faux Pas"- A short film that takes the perspective of a dog experiencing the first meeting of his new owner. Students: Shelby Kleinhans and Connor Randolph.

Honorable Mention: "A Difficult Conversation" - A drama about a writer who confronts her publisher over his refusal to publish her latest manuscript. A heated and passionate meeting ensues when the two end up stuck together in his office. Students: Serena Gauthier, Brian Denzak, Jacob Ballin, Anna Cuevas and Liam Maxwell.

Honorable Mention: "Dust or Diamond" - When an anxiety-ridden student discovers his one plan for after college has been taken away from him, he comes up with another plan - getting revenge on the professor he deems responsible. Students: Alexa Tariff, Spencer Pearson, Nicholas Robinson and Simeon Pol.

Honorable Mention: "From Tadpoles" - When the guilt from the worst mistake of his life becomes too much, a high school student finally confesses and discovers a powerful sense of freedom. Students: Alexa Tariff, Jordan Tariff, Zack Watson and Scott Nickerson.

Winner: "More Alike Than Different" - This takes a look at a young man from Essex Junction, VT - Dan Goodrow. Dan has Down Syndrome and is an advocate for people with disabilities. Students: Ryan Malle and Alex MacDowell.

Honorable Mention: "A Second Chance" - This is a behind-the-scenes look at the Humane Society of Chittenden County. Their piece explains how the shelter works and takes a look at the life of one cat and one dog. Student: Dylan Staid.

Honorable Mention: "Safe Harbor, Welcome Home" - This is a piece shares the journey of Marcus Pizer and the transgender safe place the Pizer family has created for teenagers at their home in South Burlington. Student: Tyler Bradley.

Honorable Mention: "Victor Espinoza" - This piece examines the life of a Mexican immigrant who takes care of racehorses. The film explores the issues related to low wage workers in the racing field through the life of one such person. Student: Malena Groves. 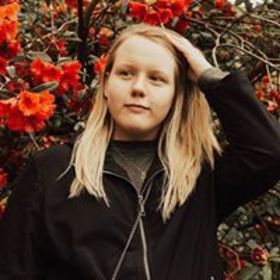 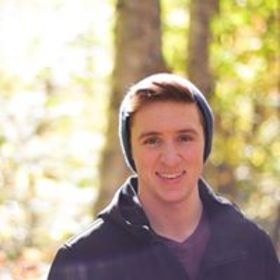 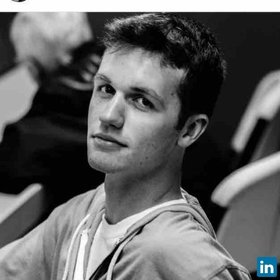